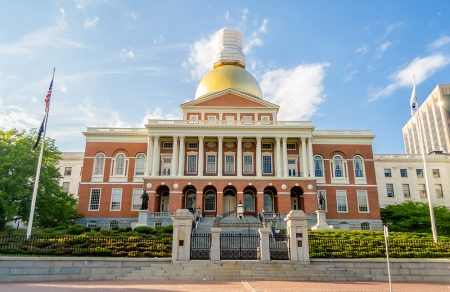 January 5, 2021 by Emmariah Holcomb
This email address is being protected from spambots. You need JavaScript enabled to view it.

The Alliance for Automotive Innovation (the Alliance), a trade association for the automotive industry, recently filed a lawsuit in Massachusetts’ federal court. The Alliance aims to block enforcement of the Right to Repair ballot initiative, which was passed by state voters in the November 2020 election. The state’s Attorney General, Maura Healey, defended the recently passed Right to Repair ballot initiative last week, in a memorandum of law to support a motion to dismiss, and argued that the state law does not conflict with any federal statutes and that voters already rejected the suit’s claims. Healey also stated that the Alliance’s complaint should be dismissed in its entirety, in the memorandum.
“Neither it nor any of the Alliance’s other preemption claims establishes an actual conflict between state and federal law, much less satisfies the heavy burden required for facial, pre-enforcement challenges established by the Supreme Court and First Circuit,” a portion of the memorandum reads.

Background
In November 2020 Massachusetts residents voted “yes” on the Right to Repair Bill, which centered on preserving vehicle owners’ rights to have access to and control of their vehicle’s mechanical data necessary for service and repair. The approval of Question 1 on the November 2020 ballot ensured that car owners can control the mechanical data that is being transmitted by their vehicle through telematics. Beginning with vehicles in model year 2022 cars sold in Massachusetts that use the telematics system will have to have an interoperable standardized and open access platform so that the vehicle’s information will have to be shared with an interoperable system.
After the ballot question passed in the fall election The Alliance sued Healey in late November 2020.

New Law
The Right to Repair law was scheduled to become effective on December 18, 2020. However, U.S. District Court Judge, Douglas Woodlock, scheduled a nonjury trial for June 14, 2021 and Healey agreed not to take any enforcement action prior to August 1, 2021.

The Alliance claims that the expanded law creates a cybersecurity risk, but Healey said those arguments are the same ones the industry made during the public relations campaign leading up to Election Day. According to Healey, the Alliance is trying to void the law prior to it going into effect.

“Such pre-enforcement, facial challenges are generally disfavored because they are often based on speculation, contrary to principles of judicial restraint, and subversive of the democratic process,” said Healey.