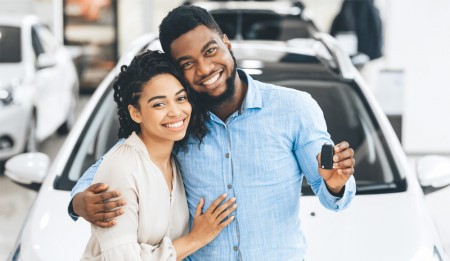 At the end of 2019, most used car dealers were feeling optimistic after a strong year. Some even saw record sales this January and February, but that quickly changed. By mid-March, sales almost stopped. Customers were told to stay home as much as possible and some governors ordered showrooms to close. Used car dealers, especially those who stocked up in anticipation of the usual tax-return sales boom, were left with excessive inventory.

The numbers are troubling. On the one hand, the value gap works in dealers’ favor. In mid-April, retail values of used vehicles were down about 1%, while wholesale values were down 10-12%. Many dealers are confronted with the fact that this would be a great time to buy if they didn’t already have an excess of inventory.

KAR Global, which owns auction giant ADESA, estimated at the end of April that retail used-vehicle lots had an average of 100 days of inventory as opposed to last year’s average of 42 days. Cox Automotive noted that sellable commercial inventory was up 33% compared to last year. The impending arrival of 2021 models will put pressure on 1- to 3-year-old used vehicles. Although these cars were the most-sought items pre-COVID, they now appear poised to be high-risk merchandise.

Although wholesale used-car prices have started to recover since their lows, the end is not yet in sight. Rental car companies that have gone bankrupt or otherwise seen a huge decrease in business are expected to send their used cars and trucks to auctions en masse. Added to this are the vehicles that are expected to be repossessed and the leased vehicles with deferred turn-back dates. These will be added to the already-stored inventory where supply already outstrips demand.

On the negative side, millions of Americans are still out of work, and increased unemployment benefits offered during the pandemic are set to end in July. Black Book now expects wholesale prices to decrease an average of 17% for the rest of the year, lagging behind pre-COVID projections.

Positively, sales activity at auctions has increased in recent weeks, up from a low the week of March 30. Auction prices overall have also risen, recovering from their mid-April low. Many states have begun relaxing restrictions, allowing people to leave their homes and showrooms to open up again. These changes will also likely lead to an increase in travel as people make the best of their original summer plans.

The current recommendation, considering all of these changes, is for dealers to do what they can to sell off their current inventory since each car can be replaced for thousands less. Dealers who are able to do this could use those sales to take care of their immediate business needs. However, many dealers have seen an almost complete lack of customers looking to buy during the most-restricted period of the pandemic.

As we move forward into the summer months, dealers will be looking at a buyer’s market again considering the flood of expected inventory. Hopefully, dealers will see this lead to an increase in sales to match.