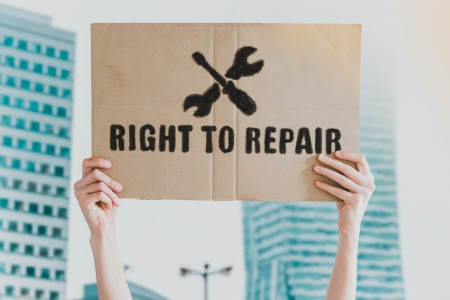 BOSTON – On Tuesday night at the stroke of midnight, the Massachusetts Legislature unanimously passed the Right to Repair bill (H.B. 4362) after the car companies, new car dealers and the Massachusetts Right to Repair Coalition reached a last-minute agreement. While the bill still needs to be signed by the governor, the agreement reached after months of negotiations is a major victory for the industry and for car owners, say proponents of the bill.

Specifically, the agreement would:

· Require that, beginning in model year 2018, car companies maintain all of their software and service information in an electronic database that is available to consumers and independent service facilities on a subscription basis. Further, car companies would need to provide access to their diagnostic and repair software through a standardized interface that will mean reduced capital costs for independent repairers and that they will access to the most up-to-date tools that are now often only available to franchised dealer technicians.

· Prohibit the car companies from avoiding the bill’s service information requirements should they attempt to provide vehicle diagnostic information to their dealers through telematics systems.

Now that the bill has passed the legislature, Gov. Deval Patrick has 10 days to sign the bill. Gov. Patrick has promised to sign the bill, according to the Coalition. Following his signature, the Coalition says it will work with the car companies and dealers to educate voters on the agreement and the fact that the bill will no longer need to be passed as a ballot measure. The Coalition says it also is committed to work on a national bill modeled after the Massachusetts bill but one that would also work to address important issues such as telematics and technician training.

“Under this new law, consumers, dealers and independent repairers have total access to original equipment manufacturer (OEM) tools and repair information. It ensures choice for Massachusetts vehicle owners, protects manufacturers’ intellectual property, preserves the integrity of the role of the dealer in the repair process and protects Massachusetts small independent repair businesses and community dealers.

“We wish to acknowledge the significant efforts of House Chair Ted Speliotis and Senate Chair Tom Kennedy in the development of this compromise and thank Speaker DeLeo, President Murray, House Minority Leader Jones, and Senate Minority Leader Tarr for ushering this legislation through their respective chambers during a busy last day of session.

“Once the bill is signed into law, all parties have agreed to work together to educate public on the compromise bill and that the ballot question is no longer necessary.”