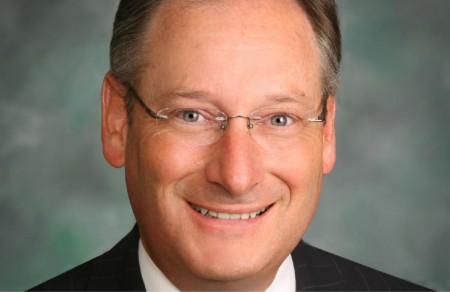 Voltmann was selected by the NIADA board of directors after a month-long nationwide search to replace former NIADA CEO Steve Jordan, who resigned in August to pursue other opportunities.

“I am excited to become part of the NIADA family,” Voltmann said. “I look forward to working with the board, state associations and staff to make NIADA even more effective in helping members as they grow, manage and protect their businesses.”

Most recently, Voltmann served for 23 years as president and CEO of the Transportation Intermediaries Association, which represents the third-party logistics industry.

Under his leadership, TIA more than tripled its membership – it now represents nearly 80 percent of the market by value. Financially, it grew from an association struggling with debt and a $721,000 annual budget to a thriving operation with a $7.3 million budget and substantial reserves.

Voltmann strengthened TIA’s presence in government affairs, helping establish the TIA Political Action Committee to improve its advocacy and lobbying efforts. He was also involved in creating the TIA Foundation, which provides association members with educational resources, and TIA Services, which provides insurance-like products for members.

Before his tenure with TIA, Voltmann was director of policy for the National Industrial Transportation League. He also served in President George H.W. Bush’s administration at the Interstate Commerce Commission. In all, Voltmann comes to NIADA with 30 years of Washington experience.

NIADA president Louis Tedeschi said the board decided to go with a candidate outside the used vehicle industry “because of his experience in developing a large trade organization.” “Our association has grown immensely in the past several years, and the board felt we needed a fresh viewpoint to help us adapt to our growth,” Tedeschi said. “Bob will be focused on helping the board achieve our goals, such as improving our Dealer 20 Groups program, education and member benefits. I personally am excited to work with him on those projects.”

Voltmann expressed his goals in a message to NIADA’s membership of independent dealers.

“Together we will traverse the rapidly changing technology landscape, strengthen our state associations, expand education and build on NIADA’s successful advocacy program at both the federal and state levels,” he said.

“The great Wayne Gretzky said, ‘You have to skate to where the puck is going to be,’ and that’s what we will help NIADA members do to remain successful. I look forward to seeing you at meetings and at your stores.” NIADA CEO Robert Voltmann

About NIADA The National Independent Automobile Dealers Association (NIADA) is among the nation's largest trade associations, representing the used motor vehicle industry comprised of more than 38,000 licensed used car dealers. Since 1946, NIADA has represented the voice and interests of dealers at the federal level in Washington D.C. Coupled with its state association network across the country, NIADA’s grass-roots framework provides a dual layer of advocacy unmatched in the used motor vehicle industry.

For more than 70 years, NIADA has engineered programs and leveraged technology to fulfill its mission to advance, educate and promote the independent used car dealer. NIADA members subscribe to a strict Code of Ethics of duty, honor and integrity, and believe in the advancement of small business in support of the free-market system. More information about NIADA programs and educational opportunities is available at www.niada.com and www.niada.tv.