Used Car Demands are Surging During the Pandemic 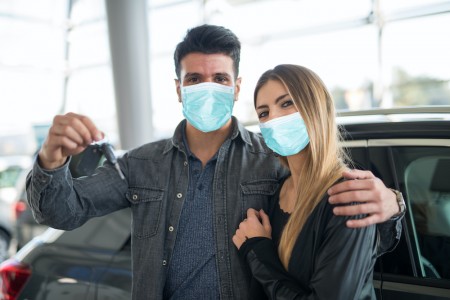 Whether we’re talking Independent car dealerships or big brand name car dealerships, the demand for used cars continues to rise. When it comes to car sales, used cars are a hot market right now. The automotive industry is alive and kicking, and people are buying.

There was initial concern that the pandemic would shut things down everywhere, but the push for used cars grew stronger. People were cooped up and shopping online, looking to trade in, trade-up, save money with a different vehicle…it didn’t matter what the reason was, those sales kept rolling in. Not every industry lucked out in that manner.

With the demand, it meant that prices climbed higher and inventories grew tighter. Another reason is that some people were holding onto their cars longer, and not trading in to get something new. This diminished the regular supply that generally comes through.

With an increased value of up to $2,000 more than previously, it’s a good time to be in the used car market.

Rates dropped, people were stuck at home, and the money they’d be spending going out to eat, booking vacations, among other things like plenty of weekend shopping changed. Their habits changed. It was a perfect combination to create a flurry of sales that continue. Those two weeks we thought we’d be shut down has rolled into six months.

Thankfully for the automotive industry, people found a new way to part with their cash. And let’s face it, the pandemic has emptied out public transit just the same. Who wants to crowd onto a subway or bus and stand next to people we don’t know, and hopefully aren’t sick? Isolation in our cars isn’t sounding so bad now after all.

So, buckle up, because there’s no quick end in sight with the cooler months rolling in and flu season adding to the mix of the pandemic. People aren’t vacationing, don’t want to commute with strangers, and are snapping up used cars at a rapid rate.