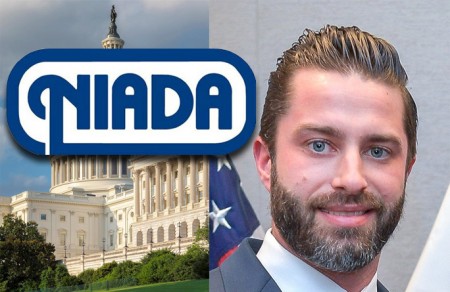 NIADA is your voice in Washington D.C., advocating for independent dealers, the used vehicle industry and small business. Here’s a look at the latest news and NIADA efforts regarding legislative, regulatory, PAC and grass roots activities.
LEGISLATIVE
At press time, Speaker of the House Nancy Pelosi (D-Calif.) was pushing for a vote on the House version of the next phase of COVID-19 relief by the end of February in an attempt to have new unemployment benefits in place before the current ones expire March 14.

Democrats are proposing to boost the federal unemployment enhancement from $300 per week to $400 per week through Aug. 29, as well as extending COVID programs that offer benefits to self-employed and gig workers through that date.

The $1.9 trillion proposal also includes direct payments of up to $1,400 for individuals and a tax credit of up to $3,600 per child, $20 billion for a national vaccination program, $350 billion for state and local governments, $170 billion to schools and colleges for reopening and student aid costs, and additional funds for the Paycheck Protection Program and the Small Business Administration’s Economic Injury Disaster Loans.

House Democrats are also attempting to include a national minimum wage of $15 per hour in the COVID bill, which has drawn strong opposition on both sides of the aisle.

The minimum wage will also be an issue in the Senate. At press time there were still questions as to whether including it in the COVID bill would comply with Senate rules.

Democratic Senators Joe Manchin of West Virginia and Kyrsten Sinema of Arizona have indicated they would oppose its inclusion in the bill, and in a Senate split 50-50 between the parties, even one vote could sink the bill.

REGULATORY
Consumer Financial Protection Bureau: Acting director Dave Uejio laid out his priorities for the CFPB in a blog post, a list topped by his plan to reverse Trump Administration policies that “weakened enforcement and supervision.”

That includes a new policy for the CFPB to supervise lenders with regard to the Military Lending Act and plans to “rescind public statements conveying a relaxed approach to enforcement of the laws in our care.”

Uejio also put a focus on racial equity, saying the bureau will take “bold and swift action … to elevate and expand existing investigations and exams and add new ones to ensure we have a healthy docket intended to address” the issue.

“This, of course, means fair lending enforcement is a top priority and will be emphasized accordingly,” he said. “But we will also look more broadly, beyond fair lending, to identify and root out unlawful conduct that disproportionately impacts communities of color and other vulnerable populations.”

Uejio is serving in an interim capacity while President Biden’s nominee, FTC commissioner Rohit Chopra, awaits confirmation by the Senate. Confirmation hearings had not been scheduled as of press time.

National Highway Traffic Safety Administration: California, Ohio and Texas will receive a total of $1.3 million from NHTSA to fund a pilot program to inform vehicle owners about open recalls.

The states’ motor vehicle departments will use the funds to provide recall information with vehicle registration and at other points of contact, such as driver’s license renewals, emissions checks, or safety inspections.

The program follows a similar two-year program in Maryland, during which more than 1 million safety recalls were identified among the state’s 4.3 million registrations. Nearly 48 percent of those recalls were at least two years old.

Continued success by the pilot programs could lead to a national initiative and remove some of the urgency from legislative efforts to enact a federal ban on sales of vehicles with open recalls.

The order requires OSHA to update its COVID recommendations for businesses and review its enforcement efforts, which have been criticized during the pandemic. It also must study whether it’s necessary to have an emergency temporary standard for businesses, enforced with penalties, implemented by mid-March.

The standard could include masks, social distancing, hand-washing breaks and communication with workers during outbreaks.

The Cup, given each year to the NIADA region that contributes the most to the NIADA-PAC fund, is normally awarded during the National Policy Conference in Washington D.C., but the pandemic forced that event to be held virtually and extended the competition to the end of the year.

“It’s great to have the PAC Cup back in our region,” said Region II vice president Darla Booher, whose region won the first four PAC Cup competitions before being unseated by Region III in 2018 and 2019.

“It took a lot of coordination this year since we didn’t have a live event and we thank everyone who contributed. We’re all working toward the same goal, and it couldn’t be more important as we look toward the 2022 midterm elections.”

In all, more than $130,000 was raised for the PAC fund, which helps NIADA support candidates for office who will work to protect the interests of small business and independent dealers.
Brett Scott is NIADA vice president of government affairs.